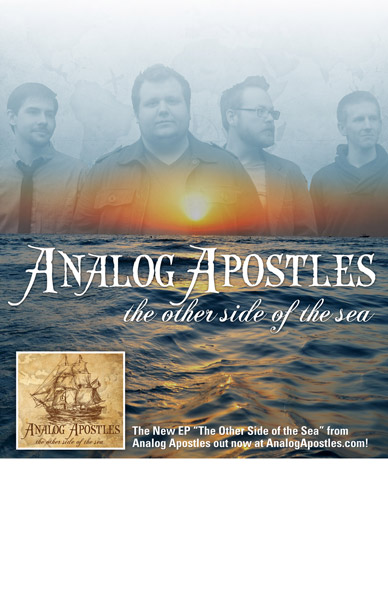 You have your stage show down tight. You already sound your best, so now you just need to look your best. Contact me today.
Tagged With: alternative, Analog Apostles, band, cd, epic, gig, indie rock, kentucky, ky, lexington, movie poster, nautical, poster, rock band, the other side of the sea, tour