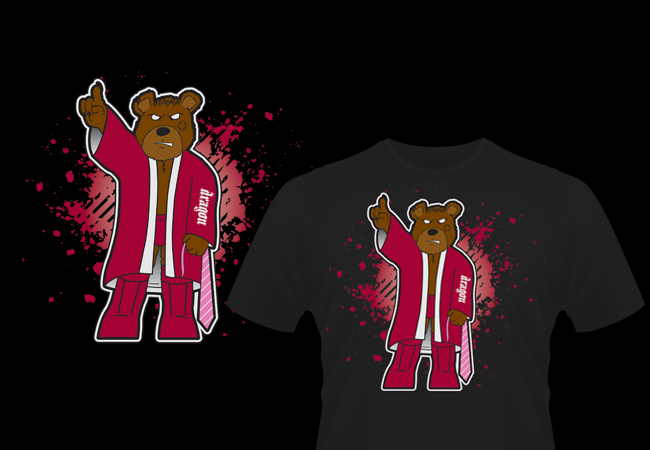 This Daniel Bryan shirt design was one of my favorite projects to work on. I rooted on the legendary WWE Superstar since his days wrestling for independent promotions like Ring of Honor and Dragon Gate USA. WWE briefly let him go in 2010 after a controversial incident on television. He was scripted to choke out an announcer with a tie during an on-screen attack with his Nexus cohorts. Sponsors objected to the violent image, and WWE officials decided he went too far. While he was banished, he resumed wrestling on the independent wrestling scene. Bryan decided to capitalize on the publicity the angle earned him and had a contest for his fans.

The premise was to design a shirt, four colors or less, depicting Bryan as an angry teddy bear. Preferably, he would be brandishing the infamous pink tie from the firing incident. 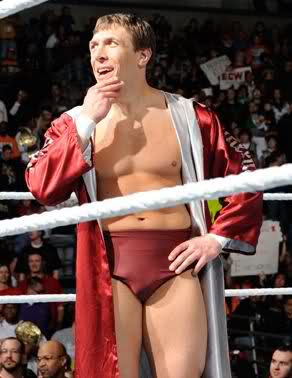 After reading this news, I sprung to action. First, I hand drew the anthropomorphic, scowling fur ball, posing in Bryan’s signature robe. Next, I scanned in the sketch and cleaned it up using Adobe Photoshop. Then, I transitioned the art to Illustrator, where I redrew it to create a vector file. I colored in the bear’s ring gear with his signature deep red hues. He is holding up a finger signaling #1, a signature taunt that eventually evolved into his double fingers up YES! gesture. Before he could declare a winner of the contest, WWE hired Bryan back. He then returned as a surprise partner at that year’s SummerSlam facing his former partners in the Nexus. I believe I would have won, since several fans emailed me wanting to buy the shirt.

Shirt design for wrestlers, athletes, and other sports brands