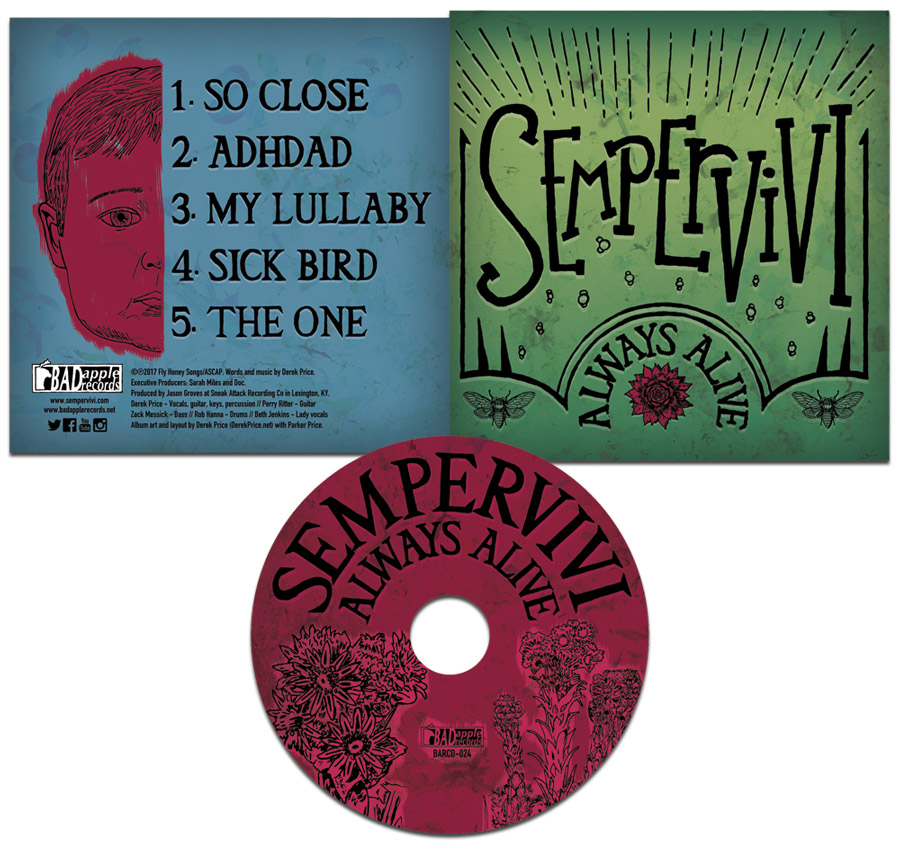 The CD artwork for my own band Sempervivi proves that I am very hands on with personal projects. I departed my previous band Analog Apostles in 2014 in order to start my own solo project. After self producing an acoustic EP, I wrote new songs for this record, which necessitated a full band. I designed my own layout for “Always Alive” in 2017. This album was, in every sense of the words, both a labor of love and a family affair.