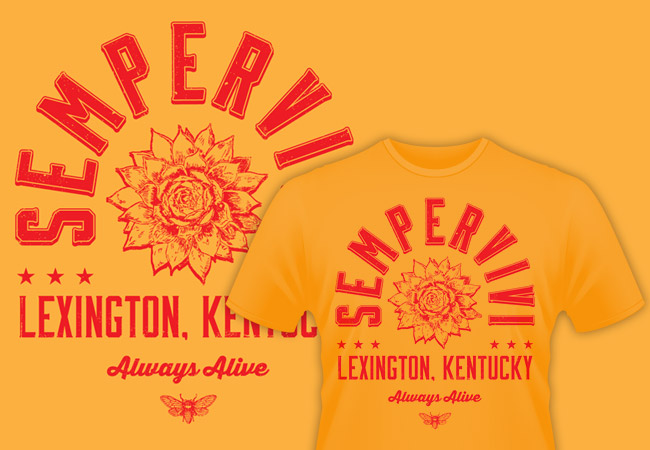 Just as with the T-shirt design for my previous band Analog Apostles, the first Sempervivi shirt design has been a big seller out of the gate. Releasing and promoting an album is a lot of work, but I never slack off when it comes to the accompanying merch. Therefore, I put in some serious time on the minutia of this apparel project. Since I was spending my own money to print these, and I wanted fans to actually buy them, every detail counted. 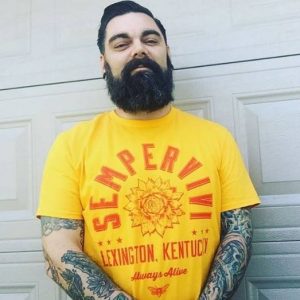 My buddy Jeremiah modeling the design.

Shirt art was not originally in the plans or budget after finishing the record. However, my wife liked the idea and encouraged me to splurge, within reason. I felt like there were enough black and heather grey band shirts in the world. I needed my shirt art to stand out. My music is, generally speaking, positive and upbeat, so bright yellow seemed like a good choice. You can’t go wrong pairing it with red ink. The primary colors pop sitting on the merch table! Keeping the art at one ink color offset the cost of springing for super soft, vintage tees.

I wanted to go for a sports feel with the layout, similar to designs by Roots of Fight. The arching “SEMPERVIVI”, as well as “LEXINGTON, KENTUCKY” are set in the tall title font Moonshiner. I mixed it with the bold, trendy script Thirsty, which spells “Always Alive”.

Since this is a promotional item tying in with the new record, I reused some hand drawn elements from the CD art. Specifically, I made the succulent the focal point of the art. The much smaller cicada at the bottom punctuates the composition. Finally, I used a grunge brush to create a distressed feel throughout the artwork.

If you have a band or other music project, I’ve got your hookup for apparel design. I will work with you on a budget friendly design that will still stand out. Contact me to get started! 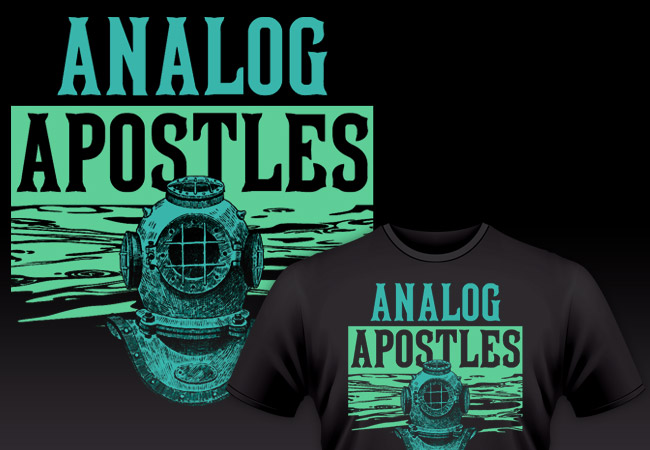 Ahoy, ye scurvy scoundrels! This band shirt design for my former rock band Analog Apostles is one of my favorites. I created this two color screen printed art before we loaded up our van and left for our Summer 2014 tour of the USA. These eery shirts were instantly hot sellers. Several years after they were pressed, I still see them around town here in Lexington on occasion. We’re going to plunge 20,000 leagues into the sea and talk about the thought and work that went into this band apparel design. 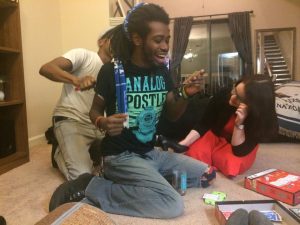 Let’s work together to find your perfect fit.  Contact me today if your indie band or record label needs a rad shirt design of your very own! 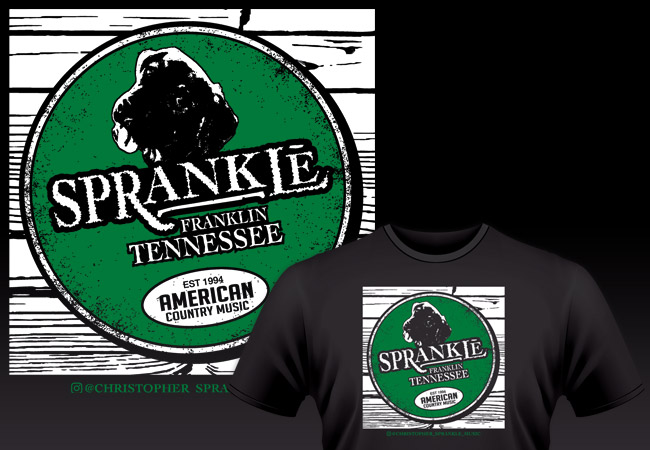 Sprankle also used the design on a drink coozie.

I made this parody shirt design for the Tennessee based country music singer Christopher Sprankle. When Chris moved to Lexington, KY, his manager contacted me for a two color shirt art. She sent me a favorite photo of Chris’s dog Grizzly, since he is popular with Chris’s rabid Instagram followers. Then she sent a photo of a rusty can of Grizzly brand smokeless tobacco to incorporate.

First of all, I mocked up the word “Sprankle” in place of the Grizzly logo. Since the logo is a hand drawn design, rather than a commercial font, I had to draw up the grunge text manually. After that, I simplified the photo of Grizzly in Photoshop into a black and white image, then I further contrasted it in Adobe Illustrator to finish the effect.

Topping off the parody shirt design 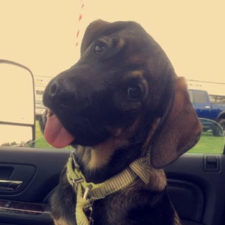 Photo of Grizzly the dog used for the parody shirt design.

Because I had a few more elements left to work with, I made a few suggestions. The client loved every one of my ideas, so we ran with them. First, I reworded “Long Cut Wintergreen” to Sprankle’s hometown Franklin, TN. I also improvised “American Country Music” instead of “American Snuff Co”.

Finally, I wanted to use “Est. 1903” from the original oval text, so I decided to change it to to Sprankle’s birth year of 1994. I added in some grunge around the edges since the design needed a weathered feel. In the end, Sprankle’s fans loved it, so I guess you could call it a smash hit.

Whether you are a country musician or a Christian bookstore, parody shirt designs can be big sellers. Contact me today for the right fit.
Filed Under: Apparel Design Tagged With: country music, dip, grizzly, parody shirt, smokeless tobacco, snuff, sprankle 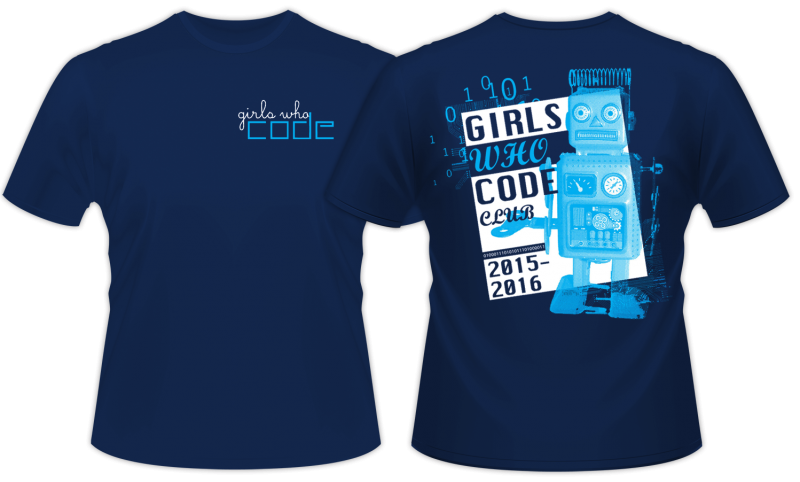 I created this retro shirt design for a Murray, Kentucky based programming club. Since the organizer loved my shirt design for her previous group “Women in Computing“, she reached out to me once again. Since she asked for housewives from vintage ads on pink shirts, that design was decidedly more “girly”. This time around, she wanted something less feminine, since there were also males helping with her new group “Girls Who Code”. She still wanted to continue our previous kitsch art theme, while keeping the “nerd” vibe going. Her only other requirements were for the design to be two ink colors screen printed on navy shirts.  I was happy to comply. I excel at this format because many of my apparel clients stick with only one or two colors. My specs were on paper, so I got to work right away.

First, I searched through my vast stock photography catalog. I quickly found a retro photograph of a wind-up robot that would obviously be a perfect fit. The robot’s colors were then simplified down to only cyan blue. Next, I overlaid it partially on both the white strips and the negative space. Thus, I added contrast. I then laid out the text in mixed “Chicago” and “MT Script” fonts to add to the fun. I tilted both the robot and text section at opposite angles, so I could give the art a little more movement. Therefore, it really jumps out at the viewer instead of a more conventional design. Finally, no coding related design would be complete without incorporating some ones and zeros. Thus, I had to top it off with a few. 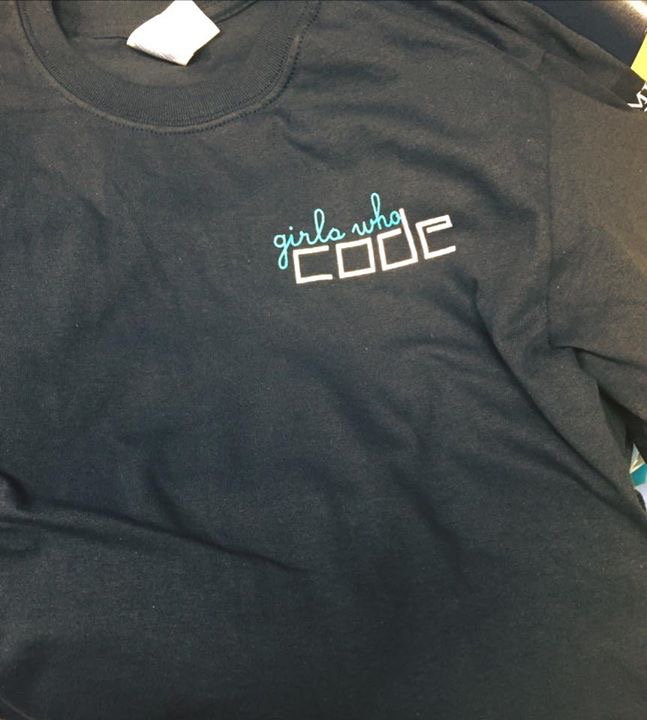 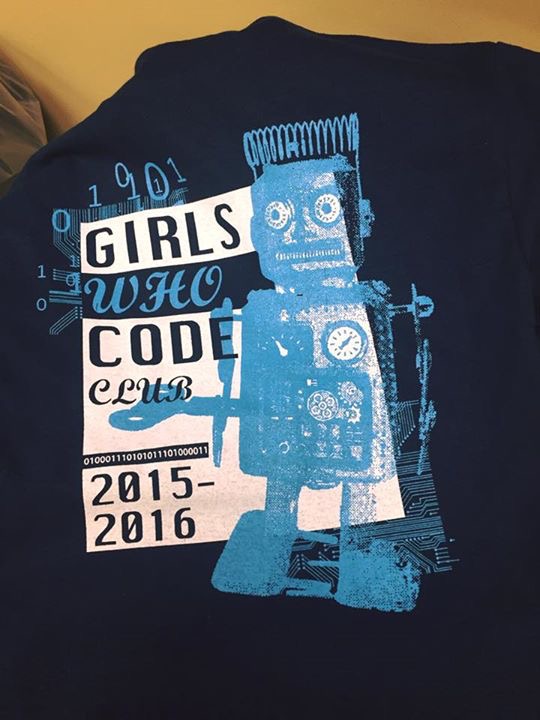 If you’re in a technology club looking for a shirt design that stands out, then contact me today!
Filed Under: Apparel Design Tagged With: girls who code, kentucky, murray, nerd culture, retro, robot, shirt design
Next Posts Previous Posts